Ask a Tech... Have a technical question? Get answers here

How can I add Internet (Wi-Fi) to a SHOP, BARN, OUTBUILDING, GARAGE on my property?

Your home Wi-Fi typically won’t reach beyond the walls of your home. Glass is a Wi-Fi killer as are any metal sided buildings. But you can get Wi-Fi to remote locations at a reasonable cost. If it’s within 100 meters (300 feet) CAT5/6 can be used to run to the building and then use a AP (Access Point) to provide Wi-Fi within the building. The CAT5/6 wire (also called ethernet) would connect ONE end to your router in your house and the other end to the AP. If wire is not an option and you have line of sight (no trees, obstacles in the way) you can to use Wi-Fi to get it there but a different Wi-Fi device then what you are used to. A Wireless Point to Point setup would be used in place of the wire. You can think of this as a flashlight where there is a beam of Wi-Fi to the far location. You would put one end outside on the side of your house connected to the router and the other end outside at the far building. When purchasing a Wireless Point to Point setup, look for features such as POE (Power Over Ethernet) this allows the units to draw power from the Ethernet line, which means you won’t need power outside for each unit. Ultimately it looks something like this:

Follow up question: Why use an AP at the far end and not another router?

Because the AP would allow the Access any devices in the house and vice-versa. IE: Camera in the Barn/Shop or a Printer in the house would be the most common. 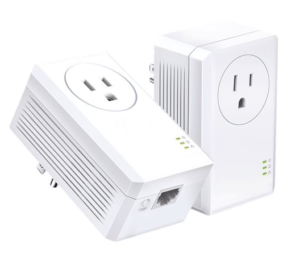 If the location you want to get WiFI to has AC power and is on the same service as the location where the router is installed. You can use PowerLine Adapters (Uses your homes electrical wiring to carry ethernet traffic). There are a couple of caveats to this.

Take a look at this article for more on that:

These device can also be used to get WiFi to a certain dead zone. 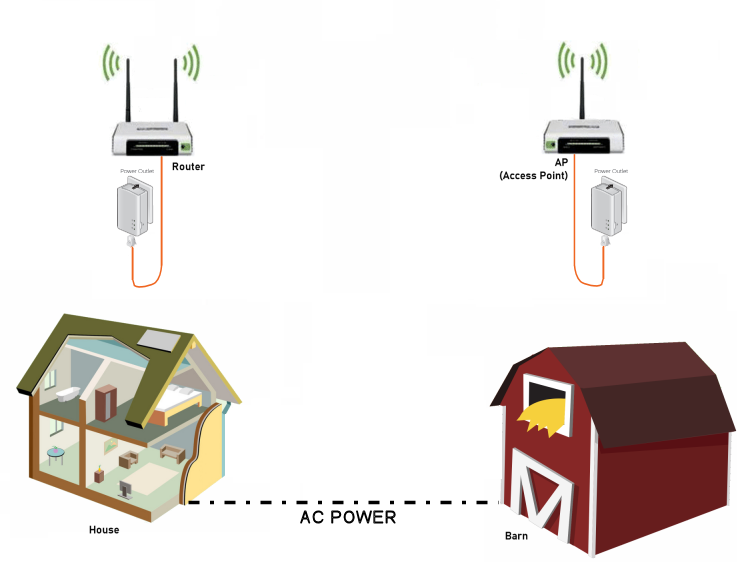 Have a technical question? Just ask:

Do you offer DSL?

No, DSL refers to a Digital Subscriber Line, which is used in conjunction with a phone line over copper. We are 100% fiber.

What is FTTH (Fiber To The Home)?

Fiber Internet is referred to as Fiber To The Home. Fiber Optics replace the traditional copper telephone wire to service Telephone and Broadband services. The benefits of fiber are plentiful.

What is a megabit?

A Megabit is a unit of measure of data, typically used to measure network speed or throughput.

What is a megabyte?

A Megabyte is a unit of measure of data, typically used to measure the size of files/storage/space.

How can I test my Internet speed?

How does it get connected?

Our Routers are equipped with both WiFi and Ethernet connections for your devices.

What are the device requirements to use your service?

We have no specific requirements, Any Internet enabled device will work with our service. Windows/Mac/Linux, doesn’t matter to us. Any WiFi enabled device 802.11b/g/n/ac and now WiFi-6 will work with our service. Note: Older WiFi devices that use 802.11b/g are considered legacy devices, 802.11b came out in 1999 while 802.11g was released in 2003. So note it may be a good time to upgrade if your device is this old.

WiFi is designed to reduce the speed as the distance grows. When it comes to legacy devices, these devices are slow to begin with so imagine that 802.11b device in your home, this device could only do 11Mbps max. Now add some distance and this device is now connected with a 1M connection (very common scenario). Imagine it trying to do an update, or stream a movie where it is severely limited. Other devices that have a great connection will also suffer and the entire network will slow. Why? Because WiFi devices communicate and take turns talking with the router, when it’s the next devices turn to talk, that slow device may not be finished talking and the faster device misses it’s opportunity to talk. This is not a problem with the 5Ghz band as there are standards in place to handle this, but on the 2.4Ghz bands (802.11b/g) there are not.

These are IEEE (Institute of Electrical and Electronics Engineers) standards in which WiFi operates, See the chart below: 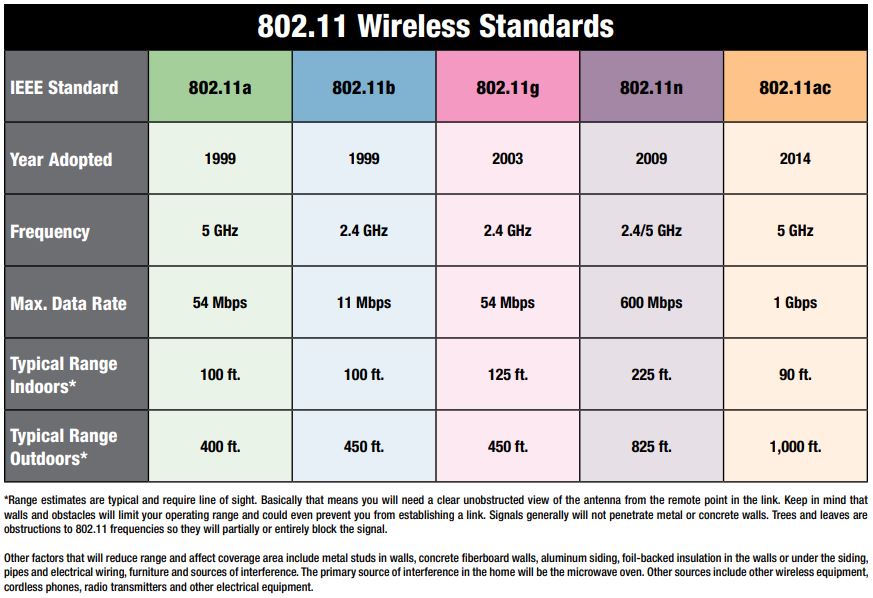 The lower frequency (2.4Ghz) is better at going through walls and the higher frequency (5Ghz) offers more speed.

Yes, all of our routers are dual band. It uses a feature called Bandwidth Steering which if a device supports both bands 2.4Ghz & 5Ghz, the router will automatically move devices up to the 5Ghz band where it is faster.

So what’s the actual speed can I expect?

Our speeds are true speeds, We don’t oversubscribe our service. You should get what you are paying for. However, Wi-Fi connections have limitations depending on the technology used, distance and interference.

What about data caps?

Our pricing is based on the speeds of the service. Not the amount of data that is consumed. So there are NO DATA CAPS.

WiFi is a nice convenience although it does have some disadvantages: It is half duplex, meaning it can only send or receive, not both. It can vary the speed depending on the interference. It adds some delay to the device. Ethernet is full duplex and full speed with no delay.

These are commonly used in wet areas (bathroom, kitchen) and outside. Your service is connected to one outside your home where the equipment is located. There is a TEST and RESET button on them. The main purpose is to protect people from an electric shock. Occasionally your GFCI may trip and need to be reset. This is by design. The GFCI compares the power difference between the power leaving the outlet to the power returning to the outlet. If there is more than 5 milliamp difference, the plug is tripped. For an outside outlet many factors can cause this: An Actual Ground Fault Moisture – Moisture anywhere in the line will trip the GFCI. This is the most common problem for outside outlets. Conductive dust or debris – Accumulated dust or debris can also cause enough leakage to trip if the dust or debris is wet or conductive. Other items include: An Overloaded Circuit A Bad GFCI Outlet Something Else is Bad on the Circuit

My Router lights are flashing... Are they suppose to do that?

The GigaCenter router have many lights that will flash when they are passing data. That is normal. There is a service light that should be green when it is operating. If this service light is red, please contact our office. The GigaSpire router lights have been replaced by a single light that will be blue for normal operation or red to indicate there is a service issue. If there is a red light, please contact our office.
Go to Top
Skip to content